As I have researched the events preceding my grandparents’ decision to move their family from New Jersey to the USSR, I couldn’t help but reflect on how my other New Jersey grandparents handled living through the Great Depression.

Dad’s parents were Russian immigrants whose journey to America was difficult, while Mom’s parents were born in New Jersey. At the time of the stock market crash, both families were living within six miles of each other, so they were reading the same newspapers, and Dad was even christened in the same town as my mother. Both families had six   children, but Dad and his siblings were all born between 1914 and 1921, while Mom’s parents did not have their first child until 1921.

My Russian-born grandfather and my New Jersey-born grandfather were both struggling to provide for their families, doing odd-jobs around town to put food on the table. It really seemed like they had parallel lives, yet both families ultimately chose such different paths.

Dad always said that his father decided to go back to his homeland because of the struggles they were facing caused by the Depression.  Yet knowing the details of their difficult odyssey to America, it has always been puzzling for me to understand why they felt that they had to leave.  Why couldn’t they somehow figure it all how like my other grandparents did?

Again, I needed to comprehend what they may have been thinking, so I started reading the local newspapers, census records, and historical articles- anything to get inside my grandfather’s head. What would make him so desperate to uproot his family and leave their cozy little town?  They owned a home, which was uncommon at the time.  Two of my aunts  and my grandfather’s brother were working in a factory, which brought some income into the household, and they even had a boarder living with them.  It just did not make sense.  What was life back in Depression-era Rockaway, New Jersey to cause my grandfather to abandon it all? 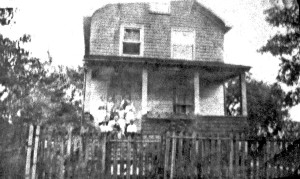 I am a genealogy detective. I have already written one book about my Irish family's journey from 19th century Ireland to the United States- a family history sprinkled with personal anecdotes. My second book was intended to be a similar story about my Russian ancestors. Instead, it turned into a tale of just my father's immediate family. It is the tale of what happens when 6 children from New Jersey are moved to the Soviet Union by their Russian-born parents during the Great Depression. It details who lives, who dies, and who is able to return to NJ during a time when leaving the USSR was not an easy endeavor, particularly during World War II and the Cold War. It is my hope that those interested in history during this time period will find this story fascinating as well as those fellow amateur family historians who will learn some of the tools such as ancestry.com, visits to the National Archives, and local libraries I used to uncover this story.
View all posts by kjw616 →
This entry was posted in Jersey to Leningrad and tagged Americans, Emigration, Genealogy, Great Depression, New Jersey, Soviet Union. Bookmark the permalink.